PRESENTATION OF HON MINISTER RAJESH JEETAH AT THE NATIONAL EMPLOYMENT POLICY WORKSHOP - WEDNESDAY 29 OCTOBER 2014
The Minister of Tertiary Education, Science, Research and Technology laid emphasis on the global trend of expansion and internationalization of Higher Education which is directly linked to economic growth and human development.
The Minister gave a lucid picture of how Mauritius is coping with the rapid internationalization of higher education and at the same time addressing the labour market needs in the country.
The aim, said the Minister, is to create and maintain a conducive environment to make Mauritius a Centre of Knowledge of high quality, strongly anchored in science, technology and innovation while ensuring equitable access to Tertiary Education to every citizen.
The Hon Minister described the five strategic goals of his Ministry which are:
·       To widen access and ensure equity
·       To Improve Quality & Relevance
·       To Internationalize Tertiary Education
·       To enhance Research and innovate
·       To strengthen Governance and Financial Sustainability
The Minister spoke of the four public universities of the country, namely:
·       The Open University of Mauritius offering distance learning programmes with flexible hours to accommodate working people
·       The Université des Mascareignes offering tertiary education programmes based on the French system of Licence-Maitrise- Doctorat and a dual degree with the Universite de Limoges - a European degree.
·       New campuses at Curepipe and Bel Air
·       Three new campuses in the process of being constructed.
·       An IIT Research Academy, launched in collaboration with the IIT Delhi. This is the first time that an IIT is being set up outside India. This institution is expected to become the most prestigious engineering and science institution in this region.
The Minister also spoke of the partnership with well-established Higher Education institutions. He named more than 31 British awarding bodies, about 13 French awarding bodies and 6 Australian institutions present in Mauritius, all offering education of the same standards as those of their respective country.

He said that the employability of graduates depends on several factors, namely
·       the quality of education and
·       recognition of qualifications through partnership with reputed institutions
The Minister pointed out that even if it is not possible to reach a perfect equation between graduate studies and the employment market, there are many ways of reducing the gaps and making our young people more employable. He said some measures  have been taken in this direction by his Ministry among which:
·       Entrepreneurship courses at UoM and Open University
To conclude, the Minister said that, as there is a direct correlation between Higher Education and the labour market, it is necessary to have the contribution of one and all to move the country from a middle income to a high income country.

Posted by Rajesh Jeetah at 10:43 PM No comments: Links to this post 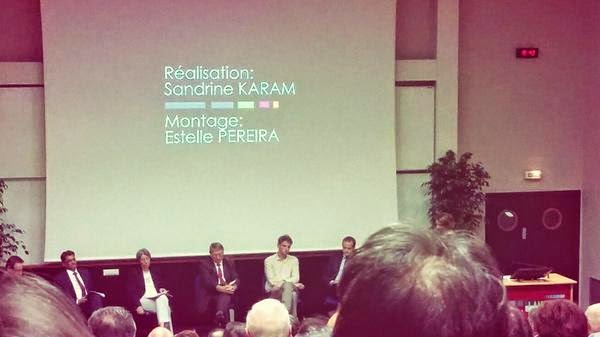 Posted by Rajesh Jeetah at 9:43 AM No comments: Links to this post

Meeting the proud parents of graduates.. Posted by Rajesh Jeetah at 9:21 AM No comments: Links to this post