SPEECH OF THE NATIONAL WORKSHOP ON SCIENCE AND TECHNOLOGY POLICY

I would like to welcome all of you who are directly or indirectly involved with Science and Technology to this workshop. I am pleased to note that UNESCO is present today to guide us in the framing of our national policy and that we have amongst us two distinguished experts - Professor Wilsdon, Professor of Science and Democracy, Science Policy Research Unit, University of Sussex and Associate Fellow at the Cambridge Centre for Science and Policy., and MrKepner, Research Ecologist, U.S. Environmental Protection Agency.
I would like to start by quoting a UN General Assembly resolution adopted in 2008 stating “, Science and Technology including Information and Communications Technologies, are vital for the achievement of internationally agreed development goals, including the Millennium Development Goals, and for the full participation of developing countries in the global economy”

If we look at the Millennium Development Goals (MDGs), they refer to food security, reducing under-five mortality, reducing maternal mortality, reversing the spread of HIV/AIDS and halving the proportion of people without access to safe water. The attainment of all these objectives dependsto a very large extent on Science and Technology and the development and use and dissemination of new scientific and technological knowledge.
According to the statistics of UNCTAD,
·       High-income countries fund more than 80 per cent of the World’s Research and Development (R&D) and spend 1.5 to 3.8 per cent of their GDP on research and development, while most developing countries spend less than 0.5 per cent, with some as low as 0.01 per cent; and
·       An enormous gap exists between rich and poor nations in terms of the number of scientists and engineers, the number of research institutions, tertiary science enrolment,  journal publications and patent applications.
In his report on the application of Science and Technology  to meet the Millennium Development Goals, the Secretary General of UNCTAD requested governments to consider among others–

(a)       strengthening national science advisory bodies and their linkages to provide expert opinion to the Government on a regular basis;
(b)       promoting public awareness of the benefits and risks of new and emerging technologies;
(c)       encouraging universities and research institutions to contribute to national development;
(d)       increasing investment in tertiary science education and adopting concrete measures to increase the enrolment of girls and women; and
(e)       establishingcentres of excellence, technology incubators and parks to apply knowledge and to facilitate commercialization and diffusion of technology;
If we consider the Mauritian context, there are some facts on which I would like to invite some serious reflections. I would like to mention some of these facts obtained from Statistics Mauritius and the Mauritius Research Council : –
1.     the percentage of students opting for S & T subjects at O and A levels has almost stagnated around 30 to 34 % over several years showing a relatively lesser interest for  Science and Technology as compared to other subjects;

5.     most of the funding on Research and Development comes from Government; and

6.     the estimated average expenditure on research and development in Mauritius  amounts to about to 0.4 % (average of 1.2 billion rupees annually) of the GDP, whereas the expenditure in developing  countries ranges from 2 to  4% .

These are some of the issues that this workshop will have to discuss.  Some measures have already been initiated by Government, namely:-

·       An additional amount of Rs 228M has been budgeted over the next five years for the setting up of an IIT in Mauritius. The IIT will introduce high quality engineering and science education and increase research and the number of PhDs;

·       the University of Mauritius has been mandated to set up a Faculty of Ocean Studies;

·       financial provision has been made for the construction of a planetarium with the support of the Government of India ;

·       3 National research chairs have been appointed and a Best Scientist Award introduced since 2011;

·       young scientists have been given the opportunity to participate in the Lindau Nobel Laureates meeting annually. It is a matter of pride that last year one Chemistry student from University of Mauritius was selected to attend the meeting and this year, one medical doctor who graduated from the University of Mauritius has been selected by the Lindau Council to attend the meeting in July 2014. This is an international selection among candidates applying from all over the world;

·       a Centre for Biomedical & Biomaterials Research (CBBR), a first multi-disciplinary research Centre of its kind in Mauritius, was set up in 2010 and housed at the University of Mauritius; and

The purpose of this workshop is to define the policy and strategy for Science and Technology up to 2025, as Science, Technology and Innovation are critical and vitally important to address the challenges of sustainable development, disaster management, the Ocean economy and increase the competitiveness of industry and services sectors.
Today Mauritius has moved into an efficiency-driven stage of development implying that more efficient production processes and better product quality need to be developed. Based on World Competitiveness report 2013/4 Mauritius was ranked 45th (out of 148 countries). At this point, local competitiveness is driven to a great extent by higher quality education and training, market size, technology readiness and innovation.
For Mauritius to become an innovation driven country, challenges that have to be addressed include capacity for innovation, quality of scientific research institutions including number of scientific and technical publications, private sector spending on R&D,  University – Industry collaboration in Research &Development, availability of scientists and engineers and number of PCT patents, increasing the ratio of applications/million population and most importantly creating a strong research culture.
I look forward to the outcome of this workshop which should lead us to a shared vision and objectives and give a new momentum to Science, Technology and Innovation.
I have now the pleasure to declare this workshop open.
Thank you. 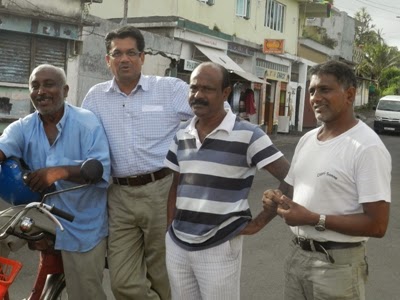 Posted by Rajesh Jeetah at 1:06 PM No comments: Links to this post 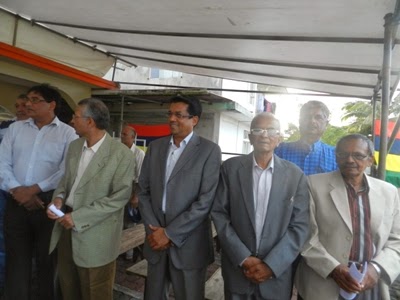 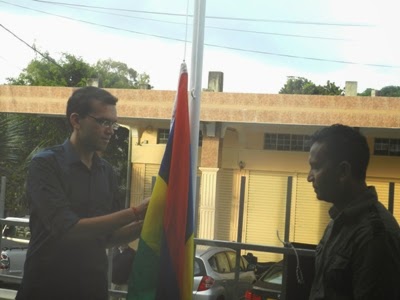 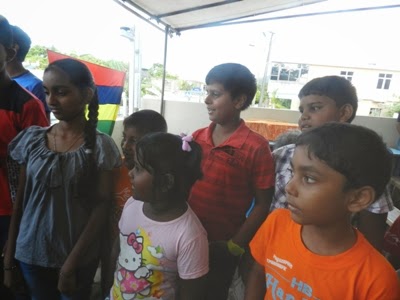 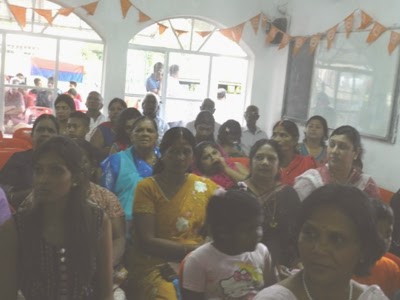 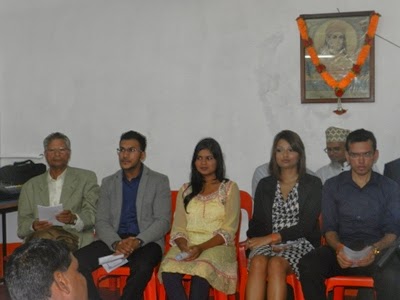 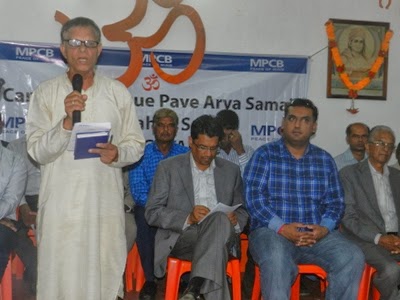 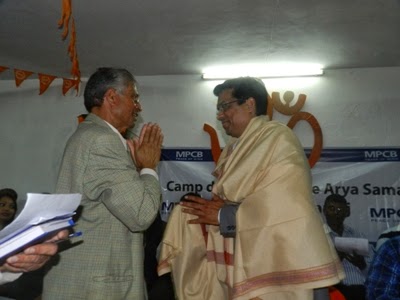 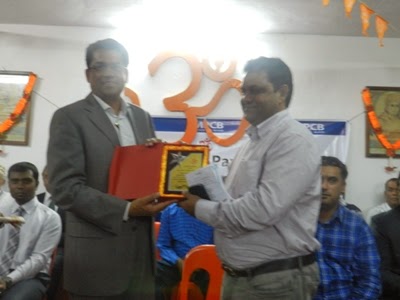 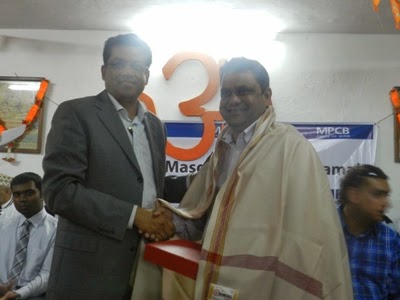 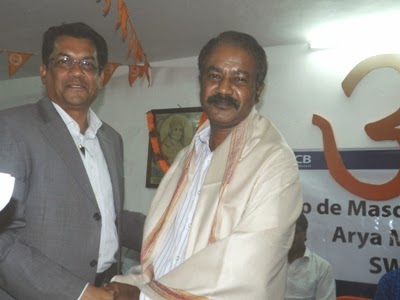 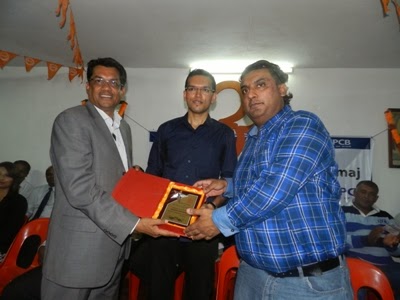 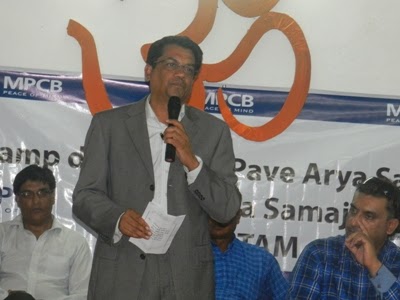 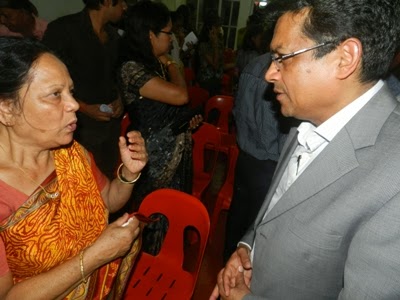 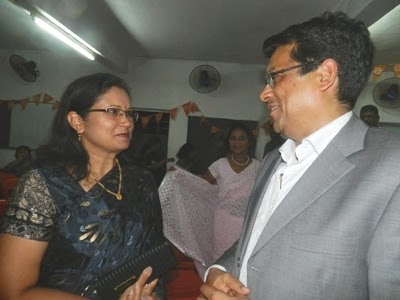 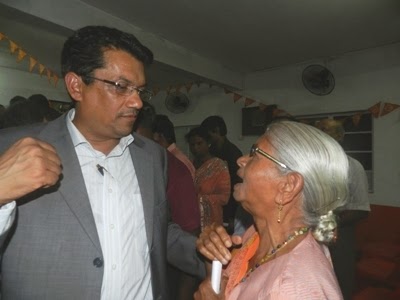 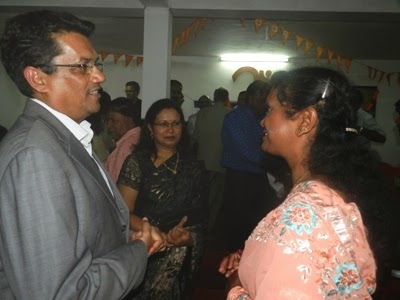 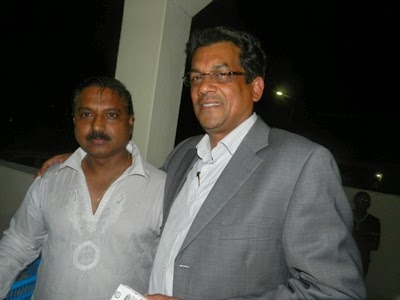 Posted by Rajesh Jeetah at 1:03 PM No comments: Links to this post