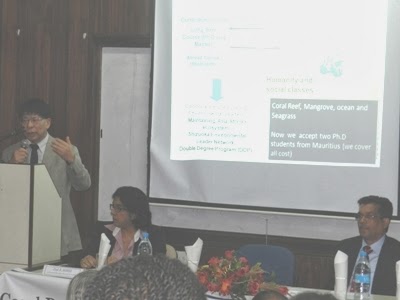 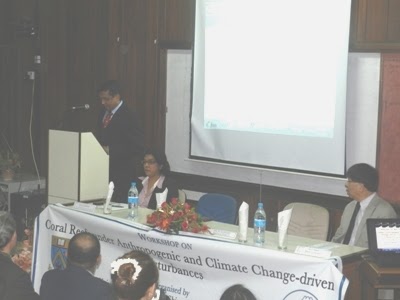 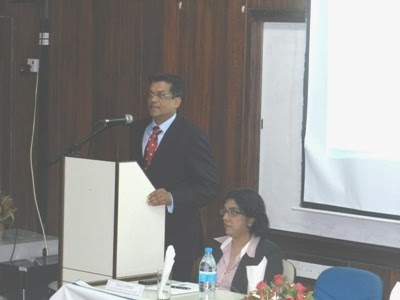 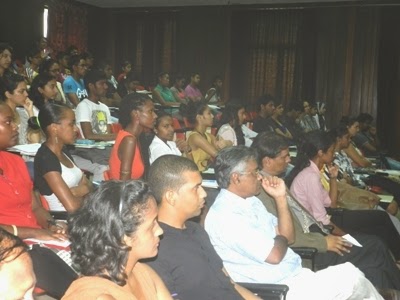 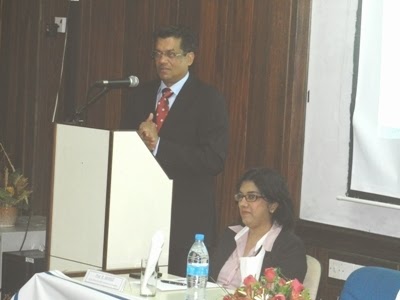 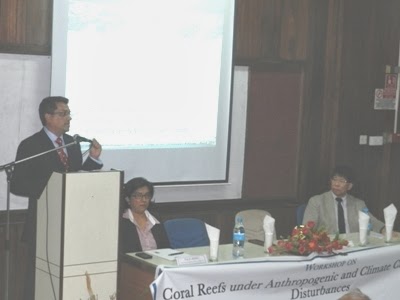 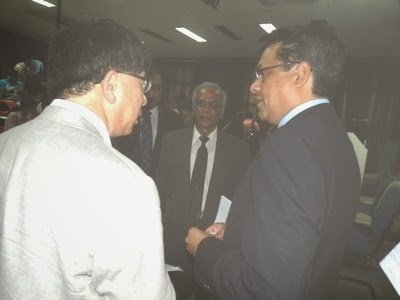 Speech - I have great pleasure to be present amongst you today for the official launching of the workshop on the “Coral Reefs under Anthropogenic and Climate Change-Driven Disturbances”, issues which are relevant to both sustainable development and ocean resources objectives set by Government.

Today, there is an increasing loss of biodiversity in the coral reef ecosystem due to human activities and climate change. Coral reef ecosystem damage is one of the major consequences of the unsustainable use of the resources. This is evidenced by the 27% loss of the world’s coral reefs (Wilkinson 2002) and by predictions that estimate another 30% will be lost or impaired in less than 25 years.

Mauritius has an EEZ of Mauritius of about 2,000 kilometres and has about 24,500 hectares of coral reef.   A total of some 160 species of reef-building corals have so far been recorded in the Mauritian waters. The coral reefs are valuable natural resources that can generate about USD 148 million if sustainably managed.

Coral reefs are vital ecosystems, providing a source of income, food and coastal protection for millions of people. Mauritius, being a small island developing state (SIDS), depends highly on its coastal ecosystems for its tourism industry. Tourism is heavily dependent on the reef as the main attraction and any degradation to this resource will negatively affect tourism and reef- related activities. Coral reefs are productive hotspots of biodiversity that support social and economic development of a country.

Therefore, their protection is a socio-economic imperative, as well as an environmental one. The good health of coral reef ecosystems is also very important as it provides leisure activities to the public and to tourists who visit the country.

However, it is noteworthy, that signs abound in many areas that the natural plasticity of reef ecosystems to successfully respond to environmental (e.g. global climate change) and anthropogenic (e.g. land use, pollution) stressors has been exceeded. Vulnerable habitat conditions overlaid with multiple concomitant stressors, have compromised many coral communities to the point where their ability to rebound from natural disturbances is being lost.

There are an increasing number of coral reef sites experiencing ecosystem level damage due to anthropogenic activities and climate change-driven events. Local monitoring activities show that coral cover around Mauritius Island has declined gradually by about 20–70% within a decade (from year 1999 to year 2009), implying a limited level of natural recovery. Though coral reefs in Mauritius represent less than 0.1% of the global coral reef area, an estimated USD148 million per year contribution is expected to be made in terms of ecosystem services. A concurrent 20-70% decline in potential economic benefits from our reefs can be predicted due to the current level of decline of coral cover. Livelihood of local communities directly dependent on coral reef resources will be severely impacted and can perpetuate a cycle of poverty.

We can no longer view the continued loss of our coral reef and their associated biodiversity as an issue separate from the core concerns of the society, that is, to tackle poverty, to improve the health, prosperity and security of present and future generations and to deal with climate change. This is where research has a pivotal contributory role to play. The degree of development of a country is nowadays measured by the quantum and quality of scientific achievements made. It is, therefore, of prime importance to invest heavily in research for sustainable development, especially in targeted research related to the marine resources, including coral reef ecosystem, which we possess.

Investment is not only in monetary terms, it is also in terms of new knowledge; but more importantly, it is through a change in attitude, a change in mindset. Data shows that only 0.3% of GDP is attributed to Science and Technology with only 0.1% for research purposes. This is far too low compared to the 3.5% of GDP dedicated to research in countries like Singapore.

Our government is conscious of the various challenges regarding the ocean economy and sustainable development. Some projects have been implemented such as the creation of Centres for Applied Research, the setting up of National Research Chairs positions and the development of a National Biotechnology Research Centre, amongst others. Yesterday a workshop was held to discuss on a national science, technology and innovation policy. Shortly, an IIT research academy will be set up and a Mauritius Research Council amendment Bill will be proposed with the objective of rationalising research and increasing private participation in research and innovation.

As we are now gearing towards the development of an ocean economy, I would encourage more researchers to explore the vast resources available in our waters and develop new knowledge in this field.

I should highlight that protection of our marine resources, our national heritage, including coral reef ecosystem, is not the responsibility of our governmental or non-governmental organisations only but each and every individual/citizen of the Republic of Mauritius.

I sincerely wish that this one-day workshop on “Coral Reefs under Anthropogenic and Climate Change-Driven” will be fruitful to all participants. I thus declare the workshop officially open.

Wish you all the best!

Thank you
Posted by Rajesh Jeetah at 5:32 PM No comments: Links to this post